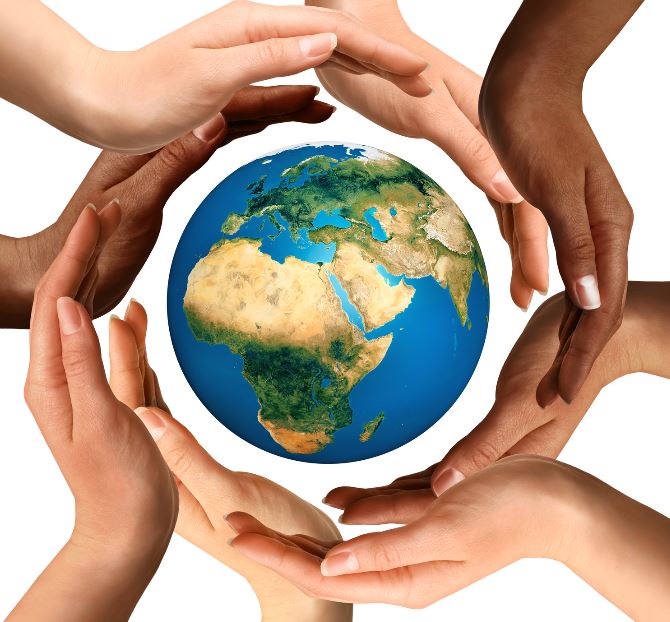 The World is a Better Place than Ever

Does it ever seem like the state of the world is going downhill?  Luckily, current facts and statistics demonstrate that this is not at all true.  In fact, there is every reason to believe that the world is improving, and this is because of the many hard workers who constantly strive to make the world a better place.
According to Nicholas Kristoff in his January 6tharticle in the New York Times Sunday Review, “2017 was probably the very best year in the long history of humanity….Every day, the number of people around the world living in extreme poverty (less than about $2 a day) goes down by 217,000, according to calculations by Max Roser, an Oxford University economist who runs a website called Our World in Data. Every day, 325,000 more people gain access to electricity. And 300,000 more gain access to clean drinking water….As recently as the 1960s, a majority of humans had always been illiterate and lived in extreme poverty. Now fewer than 15 percent are illiterate, and fewer than 10 percent live in extreme poverty.” See full post here
These gains are extraordinary.  Mr. Kristoff goes on to say that last year he wrote an article saying that 2016 was the best year in human history.  And next year he expects even more gains.
The Bill and Melinda Gates Foundation has been instrumental in improving lives in the developing world.   Through the data and first-person accounts from six contributors, the 2017 Gates Foundation report showcases the stunning progress the world has made in the past generation: cutting extreme poverty and child deaths in half and reducing HIV deaths and maternal deaths by nearly half, among many other accomplishments.
Like me, perhaps you read and watch the news too often, and too much of it is terrible – earthquakes, mud slides, fires, hurricanes, etc.  The latest politics is often depicted as horrific, and war with North Korea may be imminent.  But then we see that North Korea is talking to South Korea and will join the Olympics.  And many companies, foundations, and leaders throughout the world have been taking steps and making progress towards combating climate change and improving lives throughout the world.
Almost none of us have the extensive resources of the Bill and Melinda Gates Foundation, however, we all can do something to contribute to society, through our jobs, volunteer work, and monetary contributions.  To make a difference, we need to find our passions and invest our energies towards improving the world.
Our family did one small thing to help local families in 2016, which is ongoing.  Through a non-profit organization called “A Simple Gesture – Reston (www.coolgreenbag.org),” we contribute one stocked grocery bag, which is picked up at our front porch, every two months to help fill the food banks in our local area.  There are so many contributions that families and individuals of all ages can make to make a difference, and giving usually feels better than getting.
So this new year, we can put in our best efforts, and it will make a difference.  Happy New Year!
Cheryl Gedzelman, President, Tutoring For Success
Previous Article Next Article