Are you a parent of a teenager? Does your teen act impulsively, experience mood swings, or consistently make poor choices? Does he often seem self-centered or lack the ability to empathize? If you answered “yes” to any of these questions, join the club. As any parent of an adolescent will tell you, teens can be less than easy to get along with, and will do things that often make you shake your head and wonder what on earth they could be thinking. Over the years, we’ve come to believe that this is just typical teenage behavior, but research now suggests that the answer may have less to do with “hormones raging” and more to do with the teenage brain itself.

Adolescent brains are most commonly referred to as “immature,” a term often used to describe adolescents themselves. This is because the brain is literally still maturing as children hit their teenage years, and typically doesn’t reach its full potential until the mid, or even late 20s. In an average human brain, nerves are insulated by a fatty substance called Myelin, which allows them to properly conduct impulses between the brain and other parts of the body. Without this insulation, signals are slower to move. Myelin development begins at the back of the brain, with the Frontal Lobe being the last portion to receive proper insulation. What does the Frontal Lobe control? You guessed it: Basic executive functions such as impulse control, reasoning, judgment, planning, and the ability to empathize. 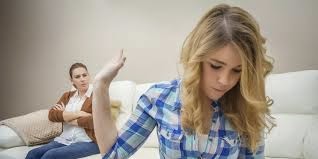 This explains, at least in part, why teenagers act the way they do. While this information can be worrisome, especially where good decision making is concerned, there are a few benefits. For one thing, the changing brain means that a student’s I.Q. is still quite malleable into the teen years. An aptitude test done in the 3rd grade will not necessarily have the same results when done 8 years later. It then makes sense why some experts refer to this stage of brain development as “use it or lose it” time. The teenager’s neurological hardware is essentially being rewired, which is an ideal time for learning. Therefore, whatever teens focus their mental energy on will solidify and become easier. This is good news for the student who is spending his time studying music, reading, focusing on academics, or playing sports. Not so much, however, for the student who plays video games and does nothing all day. Take care to make sure your teenagers engage in stimulating, healthy activities during this important stage in their development. Once it’s over, it’s much more difficult to re-wire the brain, and thus un-learn potentially harmful behavior.

There are, of course, a variety of factors that can contribute to a child’s behavior, brain development being just one of them. Even though the human brain is oftentimes confounding, scientists are learning new things every day, but we don’t have all the answers yet. We encourage you to learn more by visiting the links below:

http://www.nimh.nih.gov/health/publications/the-teen-brain-still-under-construction/index.shtml – Research done by the National Institute of Mental Health.

Learn anything new? Anything you want to know more about? Share your questions or comments below!